Are automobile designers good watch designers? What about furniture designers? One would think there is some overlap between different design disciplines, but watch design has always been a very niche trade because it involves so much more specialized knowledge than other areas.

Designing a watch is a difficult task because it needs to go hand in hand with technological development and also be wearable. The last point is an important one. Sure, car design also combines aesthetics and technology, but there is more room to play with dimension. On the other hand, a watch’s design needs to be in sync with the movement’s size and functionality, and most importantly, it has to be a joy to wear. That takes some serious creative skill. If you dive a little deeper into the world of watches, you’ll quickly realize that the industry rarely honors its design heroes. If you ask watch enthusiasts to name three famous watch designers, they would probably struggle. It would be a different story, however, if you ask them for a list of fashion or car designers.

There are quite a few designers that have made names for themselves in other fields and subsequently taken a shot at designing watches. Let’s check out three famous product designers who have taken a stab at designing fine timepieces.

The most famous product designer to go on and create many watches is Marc Newson. Newson was fascinated by watches as a young man. In 1986, at the age of 23, he designed his first watch and named it the Pod. Newson made each of the 100 Pod timepieces himself, which helped him realize how difficult it was to design, produce, and construct a watch.

However, that’s not what made the Australian famous. It was his furniture designs (particularly the Lockheed Lounge chair) that put him on the map. Newson wasn’t quite done with watches, though. In 1994, Oliver Ike and Marc Newson teamed up to start the Ikepod watch brand. Newson was responsible for the design, and Ike took care of the business side of things. After a first attempt with the Ikepod Seaslug, which didn’t really go anywhere, the brand released the now-iconic Ikepod Hemipode. The Hemipode showcased Newson’s unique take on product design in a watch. It features a round case, a perfectly symmetrical dial, and a unique integrated strap. The result is stunning to look at and very comfortable to wear on the wrist, showing that Newson thought about more than just design. Moreover, the Hemipode demonstrates how a furniture designer can improve watch design by integrating their personal philosophy. That is what has made the Hemipode an icon in the industry and widely loved among watch and design enthusiasts alike.

If you’re interested in cars, you have probably heard of Giorgetto Giugiaro. The famous Italian designer made a name for himself by designing the BMW M1, the Maserati Ghibli, the first-generation Volkswagen Golf, and the famous DMC DeLorean from the Back to the Future movies. Although Giugiaro became synonymous with iconic cars, he and his team are also behind the design of some Nikon cameras, Beretta firearms, Okamura furniture, and Seiko watches.

In 1983, Giugiaro and Seiko joined forces to develop a new watch. What Giugiaro came up with was remarkable, to say the least. He created four different versions of the Seiko Speedmaster. Each has a distinctive asymmetrical case that combines a round center with an angular shape on the right side for the chronograph pushers. These strange contours were the perfect fit for Sigourney Weaver’s character Ellen Ripley in the 1986 film Aliens. The cameo made the watch instantly famous and earned it the nickname the Seiko Speedmaster “Ripley.” There was another iconic Speedmaster featured in the same film: the Seiko Speedmaster “Bishop.” Its nickname also comes from a character in the movie. The watch became famous for its lopsided case. Over the years, Giugiaro designed a string of watches for Seiko, including the Speedmaster LCD, Speedmaster LCD Diving Watch, and Riders’ Chronograph. All have unusual shapes or design details. Although Giugiaro did not revolutionize watch design, these timepieces have become beloved icons among fans.

A third and final designer who was an outsider in the watch industry is Frenchman Roger Tallon. Tallon made a name for himself with several famous product designs. His incredible body of work includes cars for Peugeot, lamps for Erco, furniture for Sentou, projectors for Kodak, and the famous high-speed TGV trains. In the early 1970s, when Tallon’s fame was at its peak, he joined forces with French watch brand LIP to develop several remarkable watch designs. LIP prides itself on being French in a Swiss-dominated industry, and that’s why they chose to work with a fellow countryman. Tallon’s designs play with asymmetrical shapes and unique round push-pieces integrated into the case. The most famous of them all is the LIP Mach 2000 Chronograph. This extraordinary creation is somewhere between a serious timepiece and a toy watch. Defining features include a black asymmetrical case with colorful gumball-like chronograph push-pieces on the right side. This was a bold statement in an era dominated by the Japanese quartz revolution.

Tallon’s LIP watches were in line with the organic shapes that were dominating other areas of product design at the time. It goes to show that an era’s trends and great watch design don’t always align with one another. Other LIP designs by Tallon include the Frigo and the TV, both of which are much more conventional. Nevertheless, they were still inspired by the design language of the 1970s, meaning they are more daring than most other watches from the era. Generally speaking, watch design is seldom as bold as other design disciplines. That being said, we also have to acknowledge that a lot has changed over the last two decades. Independent brands like MB&F, Urwerk, and HYT have put design at the forefront of their brands, and they are all widely celebrated for it. They all are proof that a lot more is possible in an industry that tends to look to the past for design inspiration. Of course, that is what has made many of the iconic timepieces we know and love. To answer our initial question: No, not every good designer makes a good watch designer, but sometimes, great designers can design great watches!

Chrono24’s ABCs of Rolex Part II: All About Bands and Clasps

Editors’ Picks of the Week: Breitling, Tudor, and Laurent Ferrier 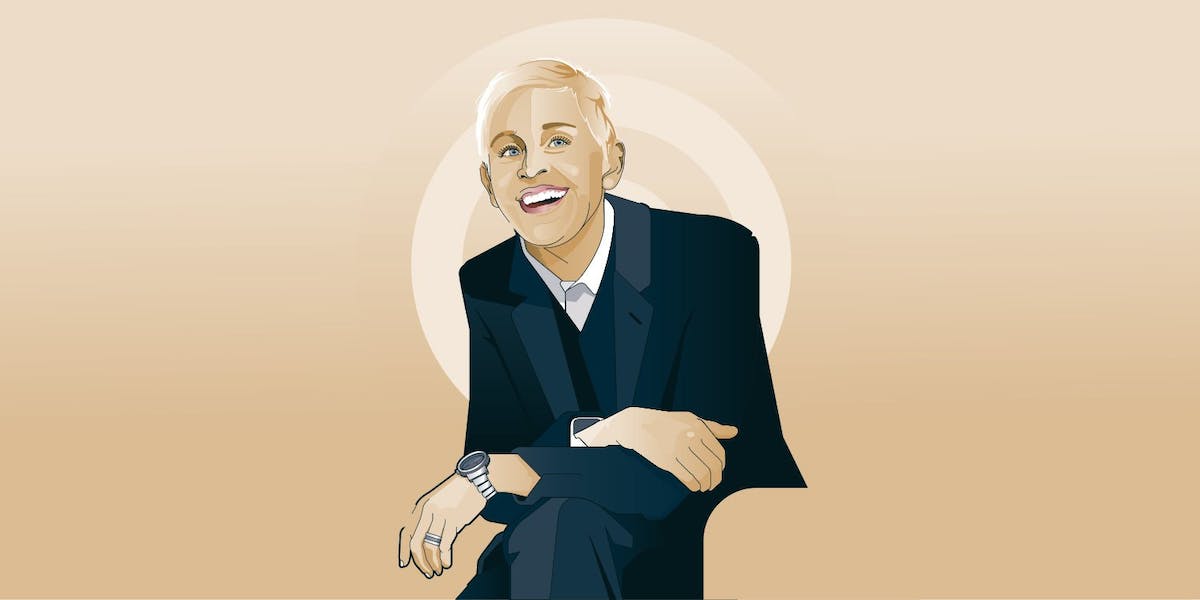 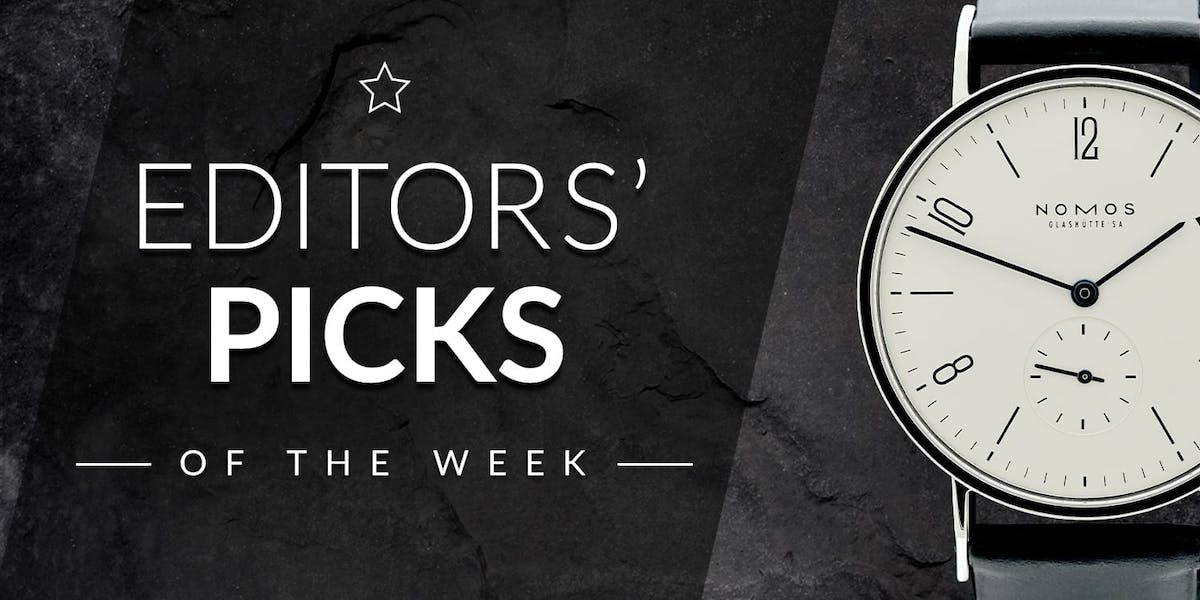 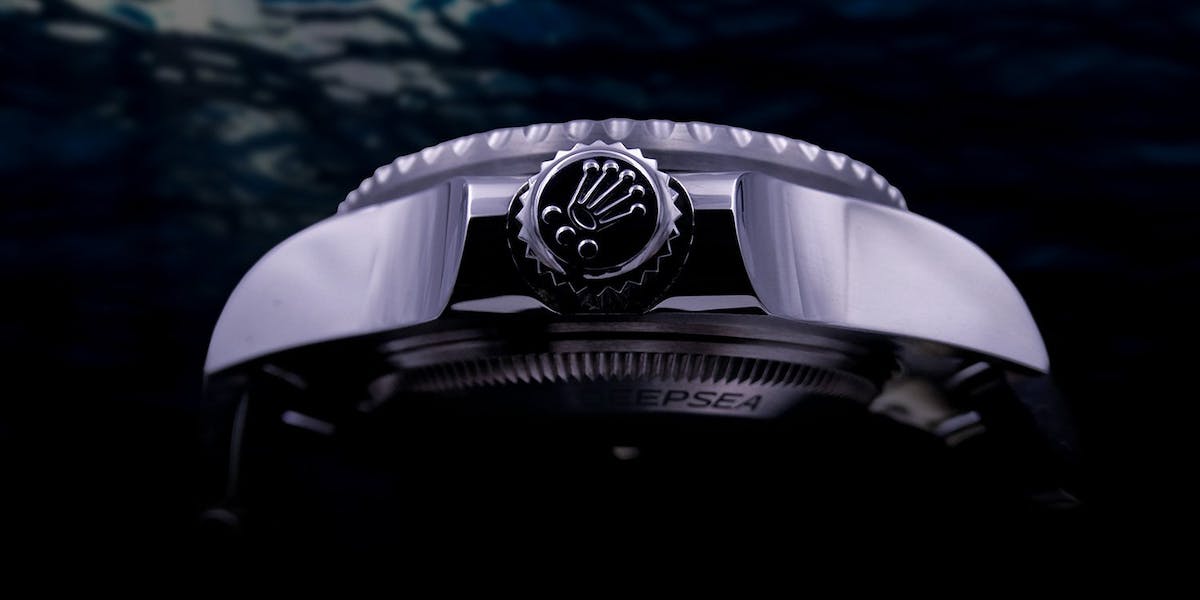