The Best Watches for the Cold Season

With temperatures dropping, the weather worsening, and winter just around the corner, we thought it would be a good time to explore the best watches for the cold season. Do you already have a go-to watch for the summer months, but are still looking for a winter watch? Or are you planning to go skiing, hiking, or even climbing this winter? Well, we’ve compiled a list of watches that are perfect for use during the cold season. So, let’s get ahead of the game and discover the best watches for the winter before the cold weather properly sets in.

When you hear Tudor nowadays, the first thing that probably comes to mind is the Black Bay. A model that is not quite as prominent, however, is the Tudor North Flag. The North Flag was first introduced in 2015. It is inspired by the Tudor Prince models that the brand issued to members of the British North Greenland Expedition in 1952.

The expedition was organized to investigate the North Greenland ice cap. A team of 30 explorers from the worlds of science, medicine, and the military embarked on the two-year expedition to carry out groundbreaking research. During the trip, the Tudor Prince proved itself a success. Although the current North Flag is inspired by this cold weather expedition, the watch actually gets its looks from vintage Tudor Explorer models from the 1970s, more specifically the Tudor Ranger II ref. 9111/0. The watch features a round, steel and ceramic case and integrated bracelet. The dial layout and hands are taken from the aforementioned Ranger II. A defining feature of the dial – and one that is unique to this model – is its yellow power reserve indicator. The North Flag is also known for being the first Tudor model to feature an in-house movement, the Tudor Calibre MT5621. The COSC-certified movement is visible through the watch’s sapphire case back. If you are looking for a modern steel sports watch with 1970s looks and a famously icy story from the 1950s, the Tudor North Flag could be the perfect winter watch for you.

If necessary, the watch can transmit a signal on the international distress frequency of 121.5 MHz. The transmission can be picked up some 167 kilometers (103 miles) away by emergency services. To achieve this, the watch has three distinct features: a miniature transmitter, an antenna system, and a rechargeable battery to make sure the signal can be sent for 24 hours straight. Breitling sold 40,000 first-generation Emergency models, but in 2009, the watch was discontinued because the 121.5 MHz frequency was increasingly hindered by false alarms. Four years later, Breitling introduced the Breitling Emergency II, which is still in production today. The 51-mm titanium watch uses both the old 121.5 MHz frequency and the digitally encoded 406 MHz frequency that is monitored by the international search and rescue program Cospas-Sarsat. The watch uses both frequencies because the newer one has fewer false alarms, but the old signal is more accurate, making it easier to find you in case of emergency.

The second-generation Emergency is classified as a personal locator beacon (PLB), making it a great rescue tool. The Emergency can be a lifesaving companion for pilots, sailors, skiers, and mountaineers. Moreover, the SuperQuartz watch features a chronograph, second time zone, alarm, countdown timer, and calendar function. In short, this watch is so much more than just a rescue tool; it’s the ideal winter watch.

The legacy of the Rolex Explorer dates back to the very first ascent of Mount Everest in 1953 by Sir Edmund Hillary and Tenzing Norgay. Some of you will know that there has been a lot of debate about which watch first reached the summit. Was it a Smiths De Luxe or a modified Rolex Oyster Perpetual? Debate aside, we do know that both brands issued watches to the expedition team. Recent reports seem to prove that it was actually the Smiths that first reached the top of Mount Everest on the wrist of Sir Edmund Hillary. His Rolex was supposedly left back at the base camp.

In any case, it didn’t keep Rolex from introducing the Rolex Explorer in 1953 in honor of the expedition’s achievements. From then on, fans were able to capture the spirit of Everest for themselves. A legend was born, but it took a few years to arrive at the exact Rolex Explorer we know today with its 36-mm case and 3-6-9 dial. In 1959, Rolex first introduced the Explorer ref. 1016, a legendary watch that holds the title of the longest continually produced Rolex model to date. Production didn’t cease until 1989. Seven decades later, the Rolex Explorer has become one of the brand’s most iconic watches. The current 39-mm Explorer still closely resembles the watch that was originally introduced in 1953. Although Rolex decided to increase its size, the watch is still very much a testament to the spirit of Mount Everest from the 1950s. While this is undoubtedly a modern version of the watch, nothing beats the story that Rolex has used for their marketing campaigns over the years; capturing the spirit of Everest is magical, even 70 years down the line.

The final watch on our list is not from one of the big brands. London-based Linde Werdelin was founded by Danes Morten Linde and Jorn Werdelin in 2002. They started their brand with the objective of producing high-end watches for explorers on land and in water. Alongside their watches, the brand introduced two instruments called the Rock and the Reef. These click onto the watch for use while diving or skiing and provide essential information. The idea came from Werdelin’s experience of breaking his back in a skiing accident during bad weather in 1996. Thus, the idea was born of a personal need to find a practical solution.

Nearly two decades later, the brand stopped producing these instruments, simply because it was impossible to keep up with technological advancements, but they still make beautiful modern watches. A watch that has been in the collection since 2009 is the Linde Werdelin SpidoLite. This watch was inspired by the conquering of Mount Everest by explorer Leo Houlding. He used the Linde Werdelin Biformeter Elemental during his summit, but requested a lighter watch upon his return. After all, carrying the least amount of weight is essential for mountaineering. In response, the brand implemented the most eye-catching feature of this watch: a skeletonized case. The goal was to create a watch that is as light and robust as possible. Thus, the case is made of lightweight titanium and all unnecessary parts are carved away. The result is a very modern, almost futuristic design.

The design is further characterized by open dials to save on weight. Overall, it creates a very open watch that look like it belongs in a Bond movie, weighs almost nothing, and is as tough as can be. The watch is powered by a specially developed Concepto movement that has ceramic bearings and a very strong balance wheel, making it more shock resistant and better suited for harsh winter conditions. If titanium isn’t good enough for you, you could opt for the forged carbon SpidoLite, which is even lighter. Whichever SpidoLite you prefer, rest assured it is made to withstand tough conditions, and is the perfect watch for winter!

Each of these four watches has a strong link to the winter season, but there are obviously many more options out there. We wish you the best of luck finding your perfect watch for the upcoming cold weather.

Gift Guide: The Best Women’s Watches for Every Budget

Chrono24 Gift Guide: The Perfect Men’s Watch for Every Budget 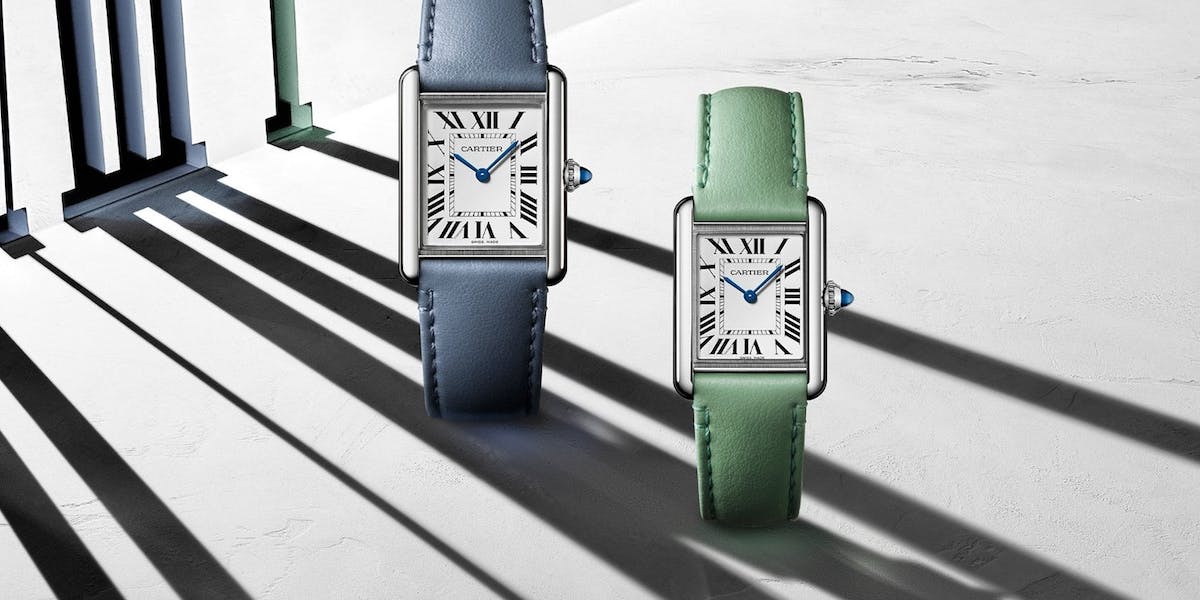 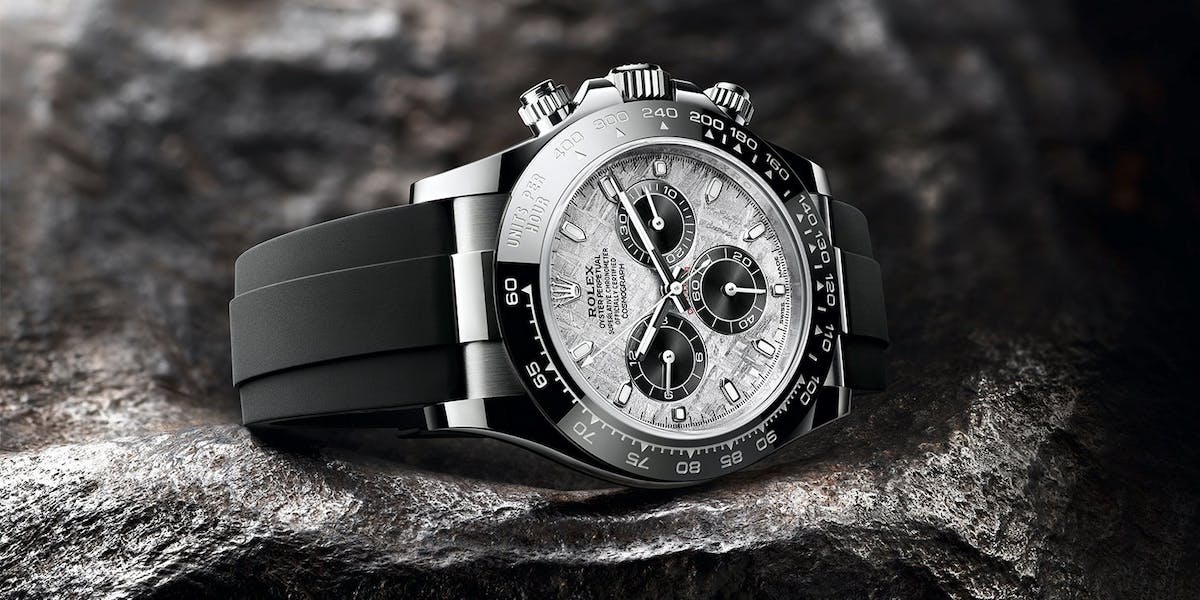 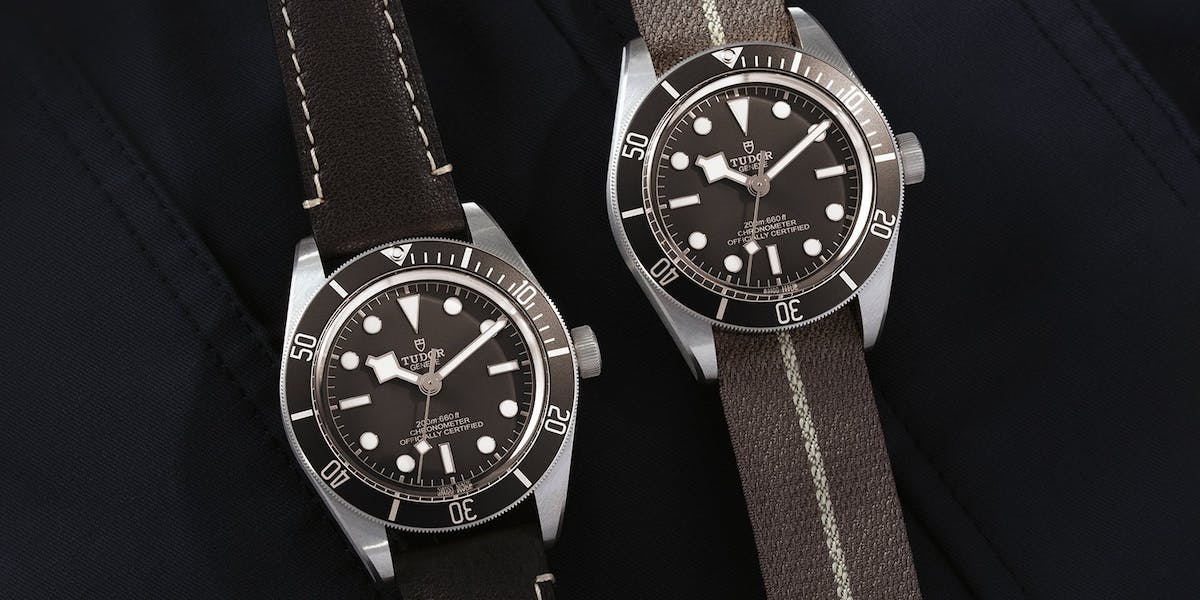